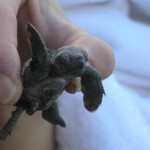 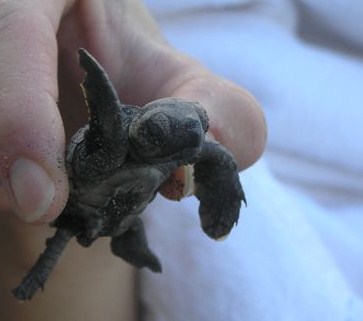 Montserrat is a lush, volcanic island in the Caribbean, situated 27 miles from Antigua and famous for the Soufriere Hills Volcano, which erupted in 1997, destroying the capital, Plymouth. It also has a visiting population of Green, Hawksbill, Leatherback and Loggerhead turtles which come every year, starting around May, to nest on its quiet, black sand beaches. Nesting continues until around the end of September and hatchlings emerge from September through to December. They are an endangered species, but much work is being done in Montserrat to protect the turtles, including monitoring and tagging, and eggs are taken to a hatchery. Only 10% of the hatchlings will survive but the hatchery has meant that there has been a 75% increase in the survival rate of the hatchlings.

John Jeffers has been working with the turtles for over 30 years and received an MBE partly for his work with turtle conservation. Turtle Conservation Montserrat was founded in 2012 by photographer and conservationist, Carolyne Coleby, and tries to find volunteers ready to assist John with this important work. Volunteers go to the beach at night to help count the turtles, monitor arrival and nesting, and collect eggs. They can also help with hatchling release. They are able to get involved with educating the public at the beaches when turtles arrive and in general outreach to educate the public about turtles and how to protect them. British universities have been involved in the turtle research on Montserrat and John Jeffers has been able to advise them and help them create reports which will contribute to the future safety of the species.

On a night with a full moon in the peak of the season, you may be lucky enough to see 20 turtles arriving and nesting on the beach, quite a sight.

Volunteer activity is mainly done at night and early in the morning, which leaves volunteers free to explore the island during the day, visit Plymouth, which has been described as a ‘modern day Pompeii’ and its environs, visit the Montserrat Volcano Observatory for volcano viewing and take part in activities such as diving, snorkelling or hiking in the rainforests of the Centre Hills which have an abundance of wildlife and flora.

The beaches are easily accessible and quiet, often with only one or two other people and it’s possible to kayak or hike to Rendezvous Beach in the north of the island, the only white sand beach which is a beautiful cove surrounded by cliffs with stunning coral reefs and multi-coloured fish. You can get PADI qualified here, we have an extremely experience dive outfit on the island. Boat trips can also be arranged including round the island trips or boat rides to view Plymouth. 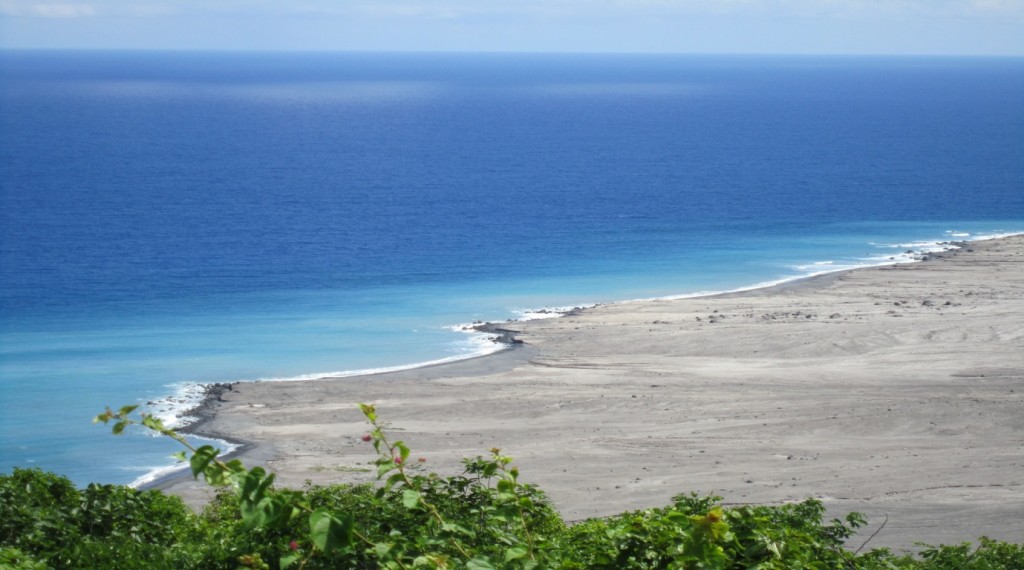 The volcano is still active, but has been quiet since the last eruption in 2010 and residents are hoping it has fallen asleep again. Montserrat is perfectly safe to visit and offers a fantastic opportunity to view and learn about what it is like to live on a live volcanic island. It is called the Emerald Isle of the Caribbean as it was originally settled by Irish and has a green verdant landscape. It is extremely mountainous and there are many opportunities to hike in the rainforest and mountains, either along set trails or with a guide who can tell you more about the flora and fauna.

Scriber, a local guide, was described by the Guardian newspaper as ‘the Dr Doolittle of Montserrat’ as he is able to call down the Oriole, the national bird, with his calls! Mappie, from the National Trust, is able to tell you all about the medicinal qualities of the forest plants. Both guides are extremely knowledgeable and can tell you all about the forest and its inhabitants.

Montserrat is also home to Air Studios, George Martin’s former recording studios, where many famous names came to record. The Rolling Stones, Eric Clapton, Stevie Wonder and Dire Straits are but a few of the musicians who recorded here. The studio was closed after Hurricane Hugo devastated the island in 1989, but it is still possible to visit it and George Martin and his family maintain a home on island at Olveston House, which for most of the year is open to the public as a restaurant and bar. Linda McCartney’s photographs adorn the walls, as do Gold Disks, and the grounds are a peaceful place to take a stroll or you can sit by the pool with a drink.

‘Liming’, or shooting the breeze with your friends over a rum or beer is a popular activity at the many rumshops on the island. People’s Place at the top of Fogarthy Hill is a popular spot, with great views of the island and Centre Hills, and John, who is a very convivial host, offers a great lunchtime menu of local dishes and drinks. Next door, the Hilltop Coffeeshop is a great place to stop for a coffee, cake and watch videos about the volcanic eruptions. The owners have many tales to tell. There is a laid back atmosphere on Montserrat and the people are extremely friendly and welcoming to visitors.

Christmas and St Patrick’s (Montserrat was originally an Irish island under British rule) are the main times for Festival here, but these both fall outside the turtle season. However, if you are not able to get involved in turtle conservation, it’s worth visiting the Festivals. St Patrick’s, in particular, is a lot of fun and involves a week long list of events. Salem, the town where the main festivities are held these days, has a sign ‘Salem, Fun and Revelry’ on the outskirts.

Woodlands Beach one of the turtle nesting sites

Montserrat really is a unique destination, offering great opportunities for nature lovers and photographers and the annual arrival of the turtles is a very special experience. So, come and join us! 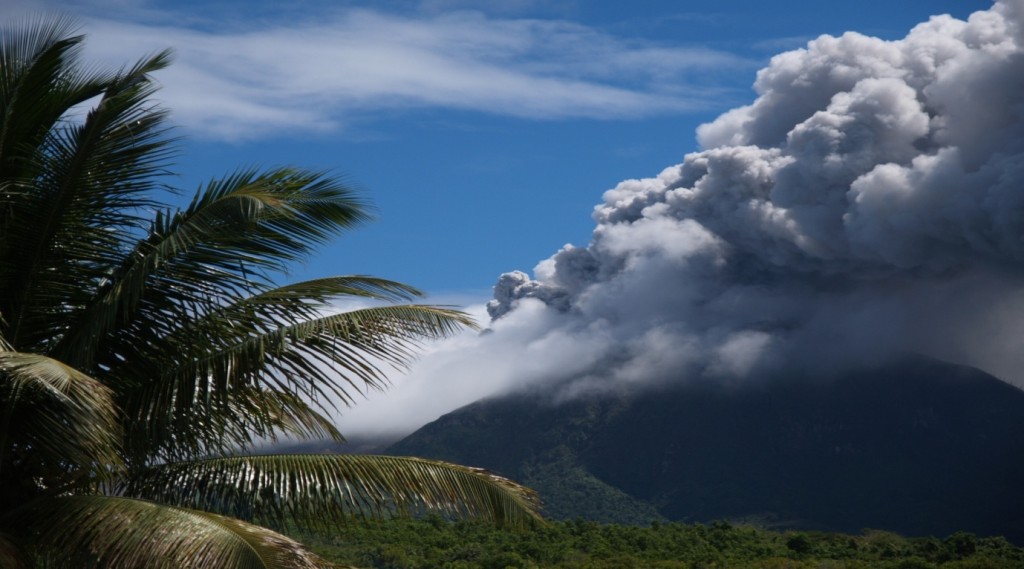