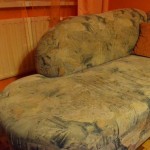 Ok, I know that this title will attract a lot of readers and that is exactly the point of it as I want as many people to hear about this thing as possible.

I think you are all familiar with Couchsurfing concept already – staying on a couch of a person you basically meet via the website only. You stay there for free and sometimes the person that hosts you will show you around the city if he/she has time. In return I try to cook something or invite the person for lunch/dinner (I don’t like cooking!) or just spend some quality time together.

I use couchsurfing pretty often myself, especially when I have no time to book accommodation or everything seems too expensive. Or when I just want to meet locals and spend time with them. I used it a lot in Thailand, Argentina, Bolivia and many other countries. 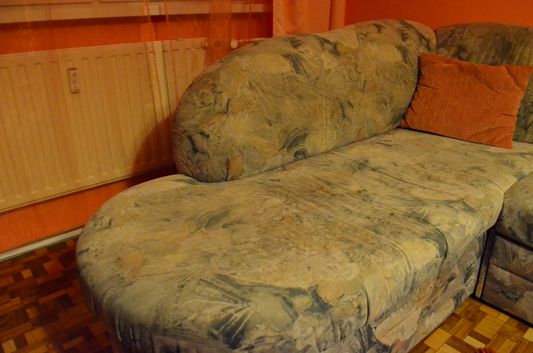 my couch back home

But then, many people just confuse it with some online dating or let’s be honest – an easy way of finding someone to sleep with! I mean, WTF?! Are you on the right website?? If that is what you are expecting when letting a person sleep on your couch, than you are hell wrong!

I feel like punching the guy who expects that when I stay on his couch.

Once a guy was hosting me in a big city. I came to his apartment and found out that the ”couch” was just an inflatable matress with no space at all, breathing just against the huge TV or into his face on the bed just next to it. Not fun!

Or some people don’t even have a couch and offer you directly their bed instead. What does it mean to me? Back off!!!

Then, a guy in Argentina I spent talking to for more than a month, even asked for holidays to travel around the area with me for a week. Not even once during that time I gave him any chance of something happening in between us. But yes, I bet you are right now when thinking what happened. I came to his apartment … he was nice in the beginning. But then wanted to kiss me, I said no and his behaviour change completely. He cancelled his holidays, went back to work the following morning, so I decided to leave with a couple I spent traveling with for a few weeks and do the route I planned to do with that guy. As we had to return the rented car in the same town after a few days, he told me to leave my stuff I didn’t need in his house. Believe it or not, he was really nasty when I came back, letting me wait outside of his apartment for 3 hours, then shouting at me and wanting to kick me out with all my things at 1 am. Really??? He must have been really desperate. Pay for sex next time!

I am not that easy. Just because you offer me a free bed/couch to sleep on, I won’t sleep there with you! I get free rooms in hotels and whole apartments. Do you think they want sex in return for that?? NO!

Unfortunately, I am not the only one with those experiences.

Each time I have a conversation with someone about Couchsurfing, they come up with those crazy stories. Even gay stories as well. A hetero friend of mine when visiting Germany was being hit by his gay host. Not fun!

And a few months ago I also got an email about a group of people speaking about some people who force you to sex when using their couch.

After this, I even added a sentence into my Couchsurfing profile: If you are expecting sex in return, don’t even accept my Couch request!!!

But not all the experiences I have had with Couchsurfing were of this kind. Many of them were amazingly great and we are still in touch with many of those people who hosted me!

Has anyone of you had the same experience? Don’t be shy, share it with us in the comments.