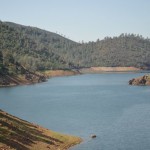 Origins of the name of California and the Native Americans

The name of California dates back to when in 1530’s the Spanish conquered the Aztecs expending their territories. Hernan Cortez heard stories about beautiful Amazon women living in the jungle without men. The book mentioning them speaks also about the island where they lived – called California. When Cortez arrived to the peninsula he thought the Native Americans women looked like those Amazon warriors so they named the place California only to find out later it was not an island.

From 1500 to 1700’s California belonged to the Spaniards but the Native Americans were not affected by it until the colonization started in late 1700’s. At that time 300,000 Native Americans lived along the Cali coast with the largest amount of cultural habits in here – variety of more than 100 native languages, the tribes all looked different, lived far away from each other etc.

The reason of the big cultural variety of the Native American tribes in California goes back in time until 17,000 to 12,000 years ago when many hunters from Siberia arrived to Cali walking through the ice bridge over the Bering Straight to Alaska. Multiple migrations happened throughout those years.

There was no violence in the Native American tribes life until the Spaniards arrived. Very few Indian rebellions were lead against the colonization. One of them against the Mexican in 1840’s was led by a native mission-educated Estanislao – Stanislaus. A country in Central Valley was named after him and we passed it on our way to Yosemite Valley.

Struggling over the California territory was part of the history for the next years. Several presidios were built in Cali those days to protect it from the Russians who came from the North. From San Diego, through Monterrey up to San Francisco 16 missions were founded with San Francisco being the Northernmost point of the Spanish New World.

The converting the Native inhabitants into Catholicism and bringing them education was followed by a number of diseases. Then another mission was built in Sonoma making it already 21st in Cali.

Then in 1821 Mexico became independent, and Southern USA too.

When Marc was filling up our heads with history details, we saw Don Pedro reservoir on our right.

”Hundreds of reservoirs were created around California to catch water from melting snow from the mountains” explained us Marc.

American citizens couldn’t own land when California was part of Mexico until they converted to Catholicism and became Mexican citizens. It is what led to the Mexican Revolution which ended up with raising the Bear Flag for California as an independent state in Sonoma. Unfortunately for Cali, it lasted only 23 days until it became part of the USA. 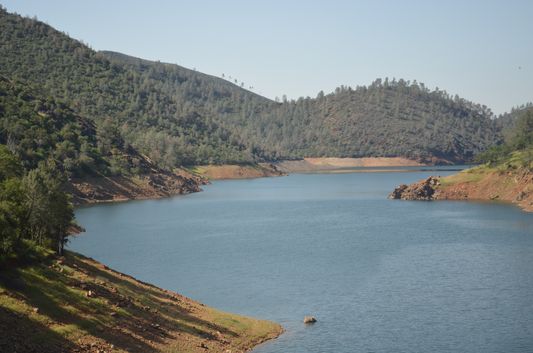 First gold was discovered in Setter’s Mill by Swiss Johan Setter who soon became an American citizen. It all happened East of Sacramento and Setter knew the gold rush was about to come so he kept it secret for months.

One individual could change history of just one area like he did. It is possible, indeed.

When others discovered it, it all went public just 9 days before the Guadalupe Hidalgo treatment and then the US took control over California (otherwise it would be part of Mexico.)

During Gold Rush, small towns such as Groveland we passed through on the way to Yosemite National Park grew a lot. The town is also famous for the oldest and the one continuously serving since 1852. Groveland now has around 15,000 inhabitants only.

The Gold Rush in the West brought huge amount of wealth, then the Silver Rush happened in the East. At both periods, the banks did really well. The Bank of Italy was built here by an Italian, then became the Bank of California and now the Bank of America. Also Wells Cargo started at that time too.

In 1880’s the Gold Rush was over and many people left to the coast. Gold towns became a sort of empty ghost towns similar to Mineral de Pozos – a little ghost town I visited in Mexico.

On the minibus from San Francisco to Yosemite National Park, our guide Marc from Extranomical Tours gave us the best insight into California history which I had no idea about.

Everyone thinks that California is just beaches, expensive cities, sexy surfers, hot dry weather and Hollywood stars. But in reality, it is much more than that. I would never imagine cows, horses and fields with vegetables together with fruit trees in here.

”Agriculture and farming is bigger than any other industry in California” started Marc pointing out at the fields ”it makes more money than Hollywood!”

We crossed part of 400 km long Central Valley where peaches, plums, cherries, apricots, oranges and nuts grow. Three quarters of world’s almonds come from California. Also more dairy products are produced in the state than in Wisconsin, the milk state.

”Believe it or not, even rice comes from here and is exported to Asia!”

There is a reason why the Cali soil make it so fertile. California used to be below the sea level until 20 million years ago when two plates met there and exposed Cali up the sea. The soil here is now up to 30 m deep. Yes, that’s a lot of soil!

Together with the sort of a Mediterranean climate like somewhere in the Southern Europe it does make a great place for farming. 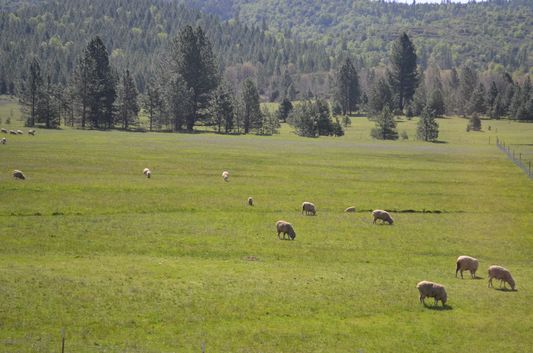 California has been a farmers’ home for centuries. But it was put on the map for another reason which made it famous even before its food products. It was only in 1849 when after the gold was discovered here, people started to emigrate to the area. When the Gold Rush was over in the 1880’s is when the farming started.

In 1930’s during the Great Depression aqueducts were built and brought water supplies to the area. It meant more harvest, productive farms and migrations from Oklahoma, Japan or even Turkey and Romania. Large cities began to be built.