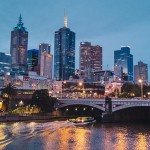 It’s very funny what life brings you … The last time when an inteview with me was on the Slovak radio Expres, they mentioned there I wanted to visit Australia and stay there for longer. It made me remember the summer 2 years ago when an Australian friend of mine visited me in my home town in Slovakia for a few days. I had met him a few months ago in Thailand and ever since had a chance to meet many interesting Australians, mostly guys (btw all so good looking!)

Right now it’s my last days in India which I am spending at the famous Varkala beach. And guess what? There’s 2 Australian friends staying int town, too. Both are from Melbourne which just made me to think of visiting Australia really soon. It’s about time, don’t you think?

Planning my trip to Australia, I can say for sure I would not only visit Melbourne, but also took many east coast Australia Tours while there.

Top 4 east coast Australia Tours I would definitely like to do:

Not only another friend of mine lives in there and I haven’t seen him for more than 3 years, but Brisbane is also famous for its restaurants, lagoons (such as the South Bank sandy lagoon) and gardens. The capital of Queensland is a great place for adventure lovers where you can do anything from Kangaroo Point cliffs abseil, kayaking or sand boarding on Moreton Island close by. I can already imagine myself there on one of the leisurely river cruises observing the sunset.

It might sound like a cliche but visiting Sydney has always been on top of my bucket list. I am not the biggest fan of huge cities, but although Sydney is the most populous city in both Australia and Oceania, for sure, I will enjoy the coastal beaches there, the Opera House, all the museums and one of the largest natural harbours in the world. I would need to plan to visit Sydney on the New Years Eve to watch the magnificent fireworks I’ve seen on TV only, and also for the Mardi Grass festival.

Uluru rock located in the Kata Tjuta National Park is no doubt one of Australia’s best-known natural landmarks. The Ayers Rock, how it is sometimes also calld, is a large sandstone rock formation in the southern part of the Northern Territory in central Australia. I can bet that every single person on Earth have seen at least one photo of this well-known orange rock formation. Paying a visit to Uluru at sunset would be the best as the colours are even stronger at that time.

After Sydney, Melbourne is the second most inhabited city in Australia. Situated in the state of Victoria, the city attracts visitors also because of the landmarks such as the Eureka Skydeck, Sea Life Aquarium, the Puffing Billy Steam Train through the Blue Dandenong Ranges; or the Phillip Island Penguin Parade where you’ll see Australia’s penguins and other wildlife. Hopping on the observation wheel Melbourne Star is a must do, too. 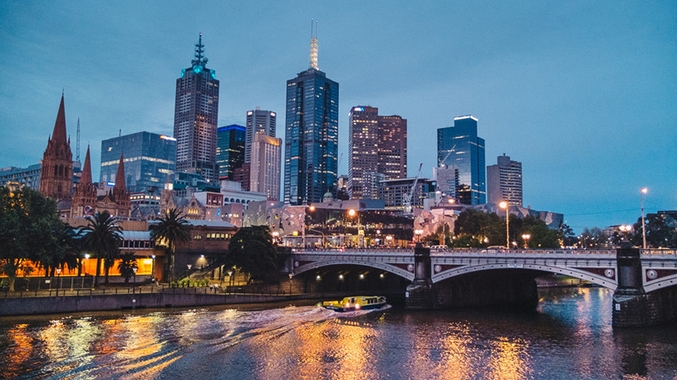 Would like to hear your thoughts. Any other east coast Australia Tours I should put on my bucket list?